Keeper of the Keys | A brief history of the concierge

How do you select the right Lifestyle Concierge

What is a Personal Concierge #2 ?

Keeper of the Keys | A brief history of the concierge 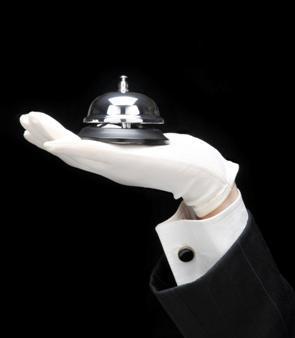 The Brief History of the Concierge

They are often to seen in the hotel lobby from 5-star hotels and, of course, the personal concierge render services to individuals. But we now see the emergence of the concierge shopping malls, banks, online health insurance and even telcos.

Originally the concierge was not the domain of the hotel. The word itself is French, meaning that the keeper of the keys. “Throughout the Middle Ages, concierges did just that. When villas across Europe hosted visiting nobility, the concierge kept the keys to the castle rooms and made sure visitors had everything they needed during their stay. By the 1800s, some buildings in Europe, from public bodies to prisons, had their concierge on workers.

There is even a big prison in Paris the Conciergerie is named in honor of the guard holding the keys and assigned to cells taken prisoners. Marie Antoinette spent her last hours there.

While the original role of the concierge and a hotel concierge are intimately related, today, the concierge has become the ‘go-to’ person to perform the connections, tenacity, resting on every request, no matter how bizarre.

In his bestseller Concierge Confidential former hotel concierge Michael Fazio his career as a senior concierge at the Intercontinental New York home, the story about filling a bath with chocolate for one guest, is very funny!

This was certainly not the first to set up personal concierge, but emphasize how the role of the concierge stepped outside the doors of the traditional hotel room and now provides services previously only indulged in staying away from home.

Worldwide there are countless personal concierge companies run by a large organization as well as dozens of smaller boutique style services, such as The Concierge Collective providing services to people who want to get rid of the details of everyday life.

This evolution of the concierge, the complexity of the role increase over the handling of the keys of the Parisian palace to resolve the current dilemma of the relocation of a stray cat from a resort island near Guam to Melbourne ( true story) seen. Although not an everyday occurrence, the experience, the ability to manage the project, and especially lateral thinking about a comprehensive list of contacts, are all vital characteristics of a successful modern-day concierge.

The concierge who greets you at your bank, or send the department store in a mall, or wearing a security uniform and sitting in the lobby of your office block? Do they “earn” this century-old, highly esteemed title of wear Concierge?

If we carefully study it, in essence, the role of the concierge has always been to provide access. Whether it’s providing access to the Lord of the estate to his home or access to a nanny service for an executive mom, it’s all access.

A concierge facilitates access and assistance; access to everything the customer wants and support to get it seamlessly.

It is simply referred to by their ‘prefix’, the type of access or support from a concierge, Hotel Concierge, personal concierge, Building Concierge, Retail Concierge, Concierge Call Centre to provide more.

So maybe a little limited in the types of access and assistance that they can provide a retail concierge, for example, maybe it’s no different than their ancestors who could provide access to only one door. It might be all you need.